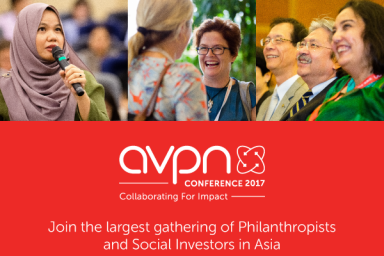 “Hello Janine, how are you?”, Neina, CEO of AVPN greeted us in front of the registration desk. Janine and I love to be punctual, but this time we were way too early. Still, we thought, it’s good that we were early so that we could go around talking to people before the registration began.

“Neina, this is Talitha, my colleague”, Janine introduced me to her. It was Wednesday morning at 8:30 am 7 June 2017. It’s AVPN Annual Conference at the Intercontinental Bangkok, Thailand. The theme of this year conference was “Collaborating for Impact”. This year conference highlights the importance of collaboration in addressing and solving education, health, livelihoods, environmental, and other socioeconomic problems in Asia. 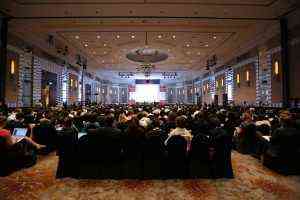 After taking our conference kit, we rushed to the ballroom. Why? Because, that morning, our very own Peng T. Ong, Chairman of Solve Education! would give a keynote speech in front of all the AVPN members attending the conference. We wanted to make sure that everything was ready for him. We were so excited!

Peng’s speech was well-received, and people congratulated us after the first keynote session finished. The speech was about the importance of making high-quality of education scalable and accessible for young people to create a knowledge-based economy and just society. 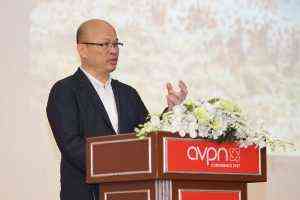 Peng T. Ong was speaking before the AVPN members and guests

The first day of the conference was incredibly satisfying for us. We get to attend interesting talks on social investment and its impact as well as meeting amazing philanthropic people who are committed to reducing inequality.

“Hey, you alright? Ready for your talk?”, I asked Janine when I saw her sitting at the back of the Pinnacle room 1 and 2.

“Yeah, I am excited. I like to be here early”, Janine’s response wasn’t surprising for me. She is always confident and punctual. Janine was one of the speakers at the “Disruptive Innovations in Education” panel. It discussed the role of technological innovation in improving the education provision across Asia. 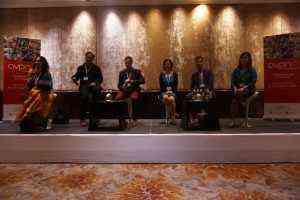 Halfway through the panel, I was quite surprised at how much laughter and excitement which came from both panellists and audience. It was indeed the best panel that I attended at the conference. I might have been a bit bias, but I was not the only person saying that. At least many people I met after the panel told me the same thing.

That was fantastic talk because all the panellists (knowing that the talk was conducted after lunch) were very relaxed and comical even though they discussed on a serious topic. Janine was definitely the highlight of the panel. She was excellent and on point in delivering her arguments. Sometimes, she disagreed with other panellists. Other times, she supported other’s arguments. She was also hilarious. She made some funny remarks to emphasized her points.

It was the last day of the conference. There were 730 delegates from 32 countries with contributions from 119 speakers. In between 44 formal sessions, I got to have hours of informal but meaningful conversations with the speakers and fellow attendees. Most importantly, I got to bring home with me the Flagship Social Investment Landscape report that has helped me understand the social investment condition in Asia. It was indeed an amazing experience to attend this conference where everybody was eager to learn from each other to create greater and sustainable impact in our society. 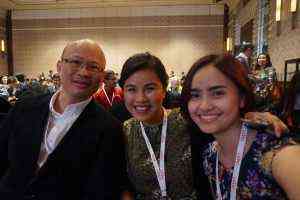